What is the electricity consumption in Bitcoin mining?

What is the electricity consumption in Bitcoin mining?

Bitcoin is digital money that is powered by numerous computers around the world. The bitcoin blockchain database is where all cryptocurrency transactions are made. The aim of bitcoin mining is to officially be rewarded with a bitcoin.

To verify these transactions, miners need to solve complex cryptographic and logical puzzles which require lots of power. We are going to look at bitcoin mining and the electricity consumption of this process.

What does Bitcoin mining mean?

Bitcoin mining refers to the process of verifying bitcoin transactions and ensuring they are added to the blockchain appropriately. To achieve this, Bitcoin miners use a plethora of global computer networks to run the codes. It is through this mining process that new bitcoins are launched. 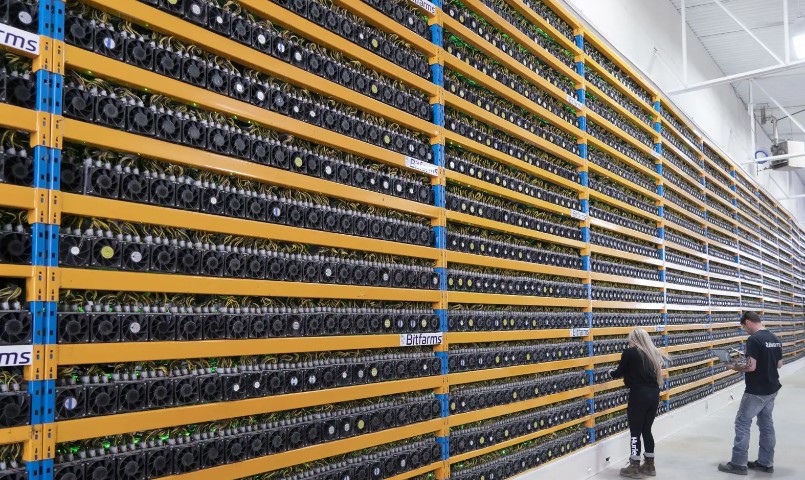 Bitcoin mining transactions are validated digitally and included in the blockchain ledger. You can learn more about Bitcoin mining when you read this online resource about buying the right coins.

Solving these hash puzzles consumes electricity and needs a sophisticated device. For their efforts, miners are offered bitcoin.

Is Bitcoin mining worth it?

Yes, Bitcoin mining can be profitable depending on various factors. Even when bitcoin miners succeed, it isn’t certain that their efforts will be fruitful in the long run. The reasons are the huge cost of equipment and the exorbitant energy bills. The energy used by one ASIC might equal the energy used for 400,000 PlayStation devices.

Moreover, the complex nature of bitcoin mining has heightened over time due to energy bills. Bitcoin miners according to a report shared by the congressional research service use about 85 terawatt hours of electricity annually. One suggestion to reduce energy bills is to join mining groups.

These groups allow bitcoin miners to share resources and bills to minimize costs. The volatile nature of bitcoin has also made it difficult to know if it’s profitable.

What does Blockchain mean?

Before you can understand bitcoin mining, you need to know what blockchain means. Blockchain is the digital ledger where cryptocurrency transactions are recorded accordingly. All records added to the blockchain cannot be altered which implies all transactions done are secure. A blockchain has four fields:

These fields pass through the SHA-256 algorithm which is a digital signature of the block. It produces a special 256-bit numeric value for all outputs.

For a more expansive understanding of bitcoin mining electricity consumption, you need an explanation of the three basic concepts of blockchain:

A distributed ledger is used to record all transactions contained in the Blockchain network. In this network, all validations are done using bitcoin users.

Blockchain can stop unauthorized inputs in the network using a hash field called SHA-256 to keep the blocks secure. This field takes an input of any size and returns them with a fixed output. It cannot be reversed because it has a one-way feature.

In bitcoins mining, miners verify transactions by analyzing different logical and mathematical puzzles known as “proof of work.” A miner aims to determine its nonce value.

What power does bitcoin mining use?

Based on research by Digiconomist, on September 16, 2022, one bitcoin transaction used about 1,362.49 kWh. This equals to the average consumption of a Paris household in a month. The annual electricity consumption of bitcoin mining is expected to be 130.34 Twh yearly.

Moreover, the energy used by bitcoin networks may be based on the total number of miners connected at a particular time. For cryptocurrency enthusiasts, you might not find anything wrong with this, however, there are several environmental factors worth considering when mining bitcoin.

Impact of bitcoin energy consumption on the environment

Bitcoin energy consumption has some negative impacts on our immediate environment, they include:

The carbon footprint of one bitcoin transaction according to digiconomists is estimated to be 779.45 kilograms. Some countries such as China and many African nations rely on coal to power their plants. This has a negative effect because of the continuous coal burning.

The equipment used to mine bitcoins is specialized and cannot be used for other digital activities. This results in hardware waste which can reach more than 420 grams yearly.

Bitcoin mining consumes much energy around the world and comes with such negative impacts on the environment. People who are interested in mining coins should use safe energy sources to keep the earth clean.